Ukrainians celebrate Easter in the shadow of war

Traditionally a time of reflection and rebirth, this Sunday will also mark exactly two months since the country was thrust into a devastating war after Russian forces invaded on February 24.In his nightly address Saturday, Ukrainian President Volodymyr Zelensky ruminated on the significance of the date. “Today was Holy Saturday for Christians of the Eastern Rite. The day between the Crucifixion and the Resurrection. It seems that Russia is stuck on such a day,” he said.

“On the day when death triumphs and God is supposedly gone. But there will be a Resurrection. Life will defeat death. The truth will defeat any lies. And evil will be punished,” added Zelensky.

As fighting escalates in the south and east, many in Ukraine are leaning into their faith in search of solace, while others are opting to journey home from neighboring Poland to be among loved ones for Easter commemorations. 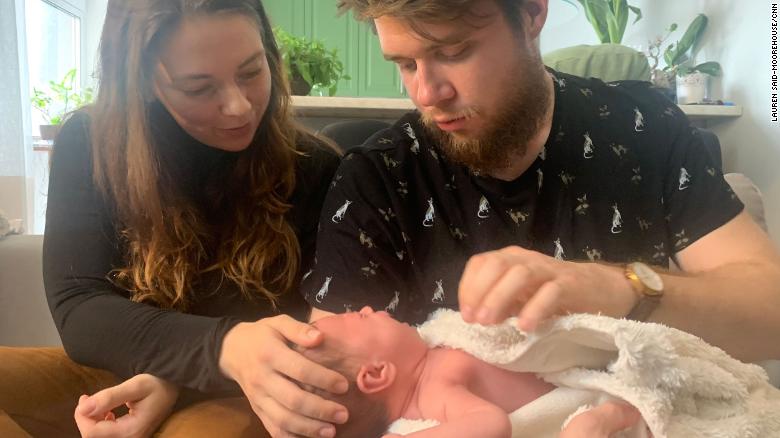 Anna-Mariia Nykyforchyn, left, and husband Nazar, right, gaze at their month-old daughter, Marharyta.”I’ve never been this happy in my life. When I finally saw my husband again, on my first night here, I still felt like this was a dream,” Anna-Mariia Nykyforchyn, 25, tells CNN from Lviv, a western city largely spared from the Russian assault.Nine months pregnant when the war broke out, Nykyforchyn was one of more than five million who have made the difficult call to leave. She returned two days ago with her baby Marharyta.

“For me, it was extremely important to come back home before Easter,” she says, before sharing her joy over the prospect of the couple’s grandparents meeting the new addition to the family. “I really wanted us to be together. It’s such a ray of hope that everything is going to be okay.”Perched on the sofa in her apartment in central Lviv, Nykyforchyn glances over at her 27-year-old husband Nazar, whose attention is firmly fixed on the tiny, infant girl napping on his lap.”I had a very tough experience of staying in Poland both physically, because of the baby, and mentally. It was more than difficult, unbearable,” she says. 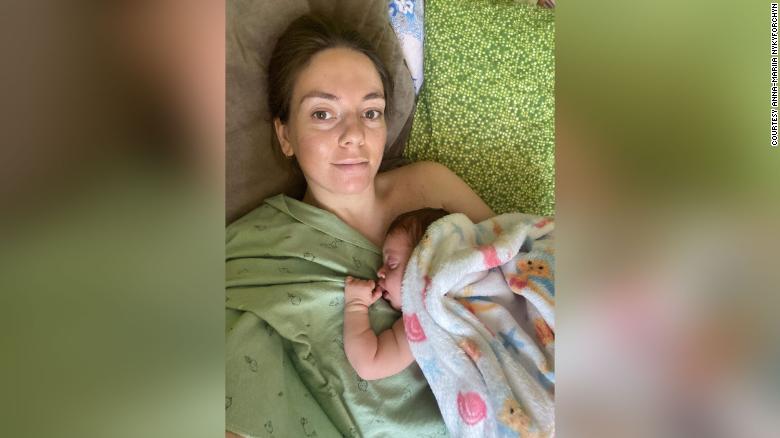 Nykyforchyn left Ukraine for Poland when the war started where she gave birth to her daughter soon after.”I moved to uncertainty: to strange people, to a strangers’ house, to a city I’ve never been to before, to a country with a language I don’t speak fluently. I understood that I would have to give birth in a clinic where no one knows me and where I haven’t made any agreements. I didn’t know how it would be. But the main thought which kept me afloat was that my child has to be born in safe conditions,” says Nykyforchyn.Aware of the toll on his wife, Nazar chimes in: “She is not just a woman, she is a hero … if I were in her shoes I wouldn’t be able to … I would’ve broken down. And she didn’t break down.”While the proud father is clearly delighted to be reunited with his wife and daughter, this young family are some of the more fortunate. Not all will get the same chance to reunite with loved ones. 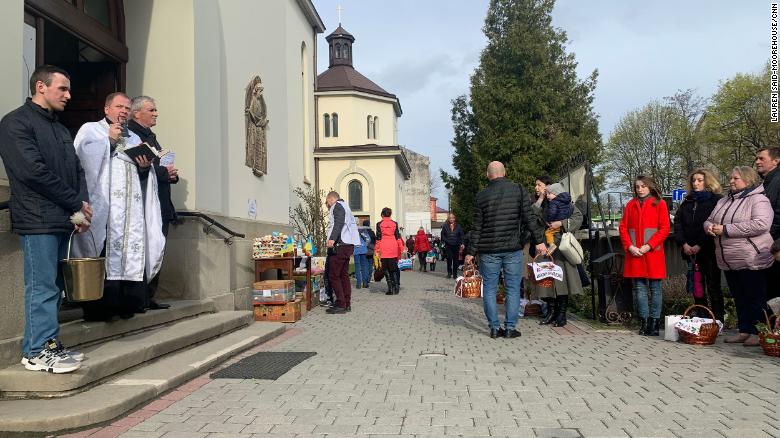 A priest reminds parishioners of Jesus’ sacrifice from the steps of the Church of the Intercession of the Blessed Virgin in Lviv, Ukraine on April 23, 2022.The Ukrainian government announced new curfews for Easter weekend, amid warnings from authorities about the potential for increased Russian military activity during holiday celebrations. And earlier this week, officials in the Luhansk and Sumy regions urged residents to attend virtual services, citing possible Russian “provocations,” while noting many churches have been destroyed in the invasion.Despite concerns, residents in Lviv descended on churches in the city for blessings of protection and prayer on Saturday. At the Church of the Intercession of the Blessed Virgin, the faithful ignored the calls to stay at home and instead queued with decorated baskets of food ready to be blessed with Holy Water by parish priests. 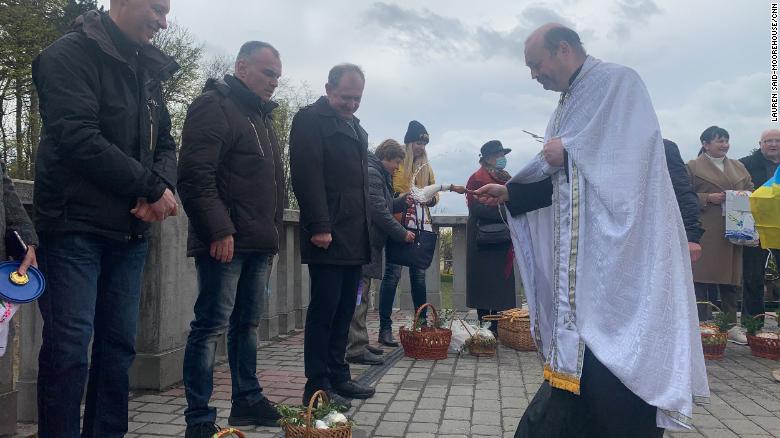 Young and old line up with decorated food baskets.Volodymyr, 53, stands patiently alongside his family as they wait for the priest to make his way down the line.”People often think that holidays should be merry, bring relief, and make it easier — and when they feel good they don’t turn to real faith … Now we are going through hard times, people are starting to come closer to God, there are more people here than before, and that’s good for us,” he says, before showing us the homemade paska (a traditional Easter bread), sausage, ham and cheese nestled among candles and decorative eggs in his basket.”Today in the morning there was an air alarm, but now thank God it’s calmer and we could come. It’s very important for us. It’s the church we visit often,” he adds. 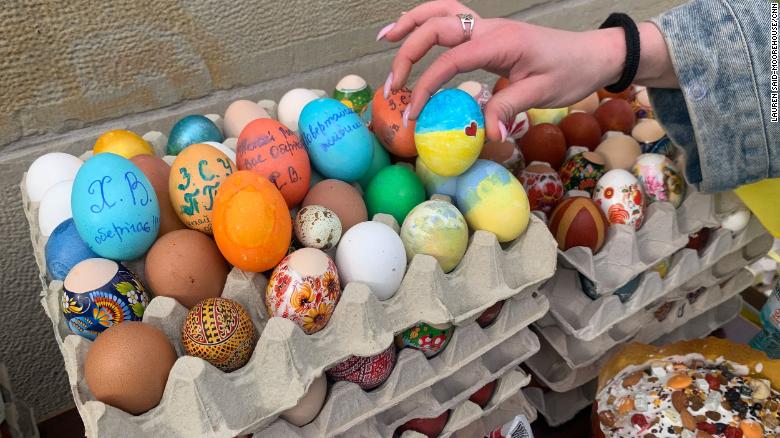 Easter baskets will be sent to soldiers complete with decorative eggs featuring messages of encouragement. Here one note reads: “Come back alive” while another says “Glory to Ukrainian armed forces and the air defense system.”Nearby, 35-year-old church volunteer Andrii is dutifully loading collection boxes of Easter food for Ukrainian troops. “We are trying to keep a festive mood and hope for justice and peace. This holiday, Easter gives even more hope. We have to believe in victory as well as we believe in Jesus Christ,” he says.Gesturing to the rapidly filling containers, he adds: “They will be sent to the military units who protect our land. (The) guys should have an opportunity to eat some paska and sausage.”A gust of wind catches the beautifully embroidered cloth covering 35-year-old Maryanna’s basket. After fixing it back in place, she tells CNN her family heeded the warnings to remain at home. 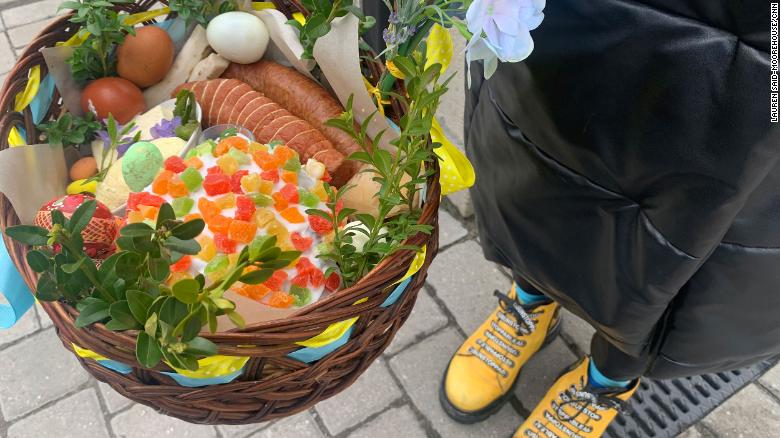 An Easter custom is to bring a basket of food to be blessed with Holy Water before returning home to share among family.

“It’s scary and there’s anxiety in my soul. In Odesa today there was a missile strike … But we believe in God and hope that it all ends up with the victory,” she says softly.As the priest rounds the corner, her eyes quickly flicker back to her basket. “We got a notification from our city officials that people should better stay at home, but we can’t,” she continues. “How can we not bless the Easter bread? We missed it during a Covid pandemic — and now people need the holiday desperately.”

Some Important Issues to Avoid When Hiring an Economy Car

4 strategies for investing in SIP

What Is Avple And How Does It Work?

What can draw in with custom CBD display boxes?

Is Doing CompTIA IT Fundamentals Certification Beneficial for Your Career?

What can draw in with custom CBD display boxes?

Is Doing CompTIA IT Fundamentals Certification Beneficial for Your Career?

5 Tips For Taking Kids To The Snow